The 5th Population and Housing Census conducted in 1998 identified the population of Persons with Disabilities in Pakistan to be 2.38% of the entire population. However, as per the 6th Population and Housing Census of 2017, the percentage has gone down to less than 0.48%. The drastic decline in the population percentage has raised concerns in some circles, Supreme Court of Pakistan being amongst them: “the court expressed its displeasure that Pakistan Bureau of Statistics continued citing various issues for not counting disabled persons after the census had already begun across the country.” If it were not for the Supreme Court of Pakistan’s intervention, the disability question would not even be made part of the survey at a later stage. The Bureau itself accepted that census might not be thorough, an official stated: “that there was a possibility that the number of transgender and disabled persons had not been shown in complete detail.”

Some stakeholders also follow the figure of 15% identified by World Health Organization. As per WHO, “About 15% of the world’s population lives with some form of disability.” Using this figure, British Council estimated the population of Persons with Disabilities to be around 27 million in their 2017 report.

Over the past seven decades, a uniform national definition could not be framed as successive governments kept changing the meaning of disability. After the 18th Amendment, provinces failed to frame a definition of disability in conformity with the UN Convention on the Rights of People with Disability 2006, which Pakistan ratified on May 2011.

The country’s first legislation in this regard, the Disabled Persons (Employment and Rehabilitation) Ordinance, 1981, defines a “disabled person” as a person who on account of injury, disease or congenital deformity, is handicapped for undertaking any gainful profession or employment in order to earn his livelihood, and includes a person who is blind, deaf, physically handicapped or mentally retarded.

Before devolution, the federal and provincial laws recognized only four categories including physically impaired, visually impaired, hearing impaired and mental retardation. The Sindh Act 2018 specifies autism, attention deficit hyperactivity disorders, dyslexia, dyspraxia, Tourette, Down, Ret and other syndromes and neurological disorders that most people, including many medical practitioners in Pakistan, are still incognizant of.

Sindh is the first province that has ensured a 5 percent job quota, and provisions including driving license, refined curriculum, special courts and several other services to persons with disabilities through new legislation.

In the absence of a broad-based national policy and state legislations, Persons with Disabilities (PWDs) fail to lead a decent life, failing to participate fully in educational, social, economic, cultural and other activities in the society without any discrimination. From 1947 to 2019, experts say the PWDs continue to be victims of charitable model, sympathy model, medical model, the social model, the economic model, and the minority group model in a number of policies and laws designed and implemented so far. 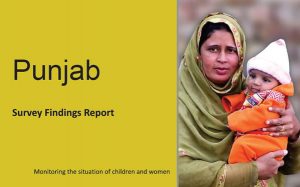